It turns out the only working public phone in all Los Angeles is 300 feet underground, stuffed with rubbish and guarded by a sleeping man smelling like a urinal full of petrol.

HONESTLY, I shouldn’t be allowed out of the house, let alone 8,000 kilometers away to Los Angeles where, when last heard from, I am staying with someone I met on the internet and have lost my driving license so I’m at the mercy of public transport to negotiate my way through ten million people just to visit with family somewhere out in the desert.

It could be worse. My teenage son might not have seen fit to introduce me to the Uber app. And Bubbles, my host, for whom I have just hauled a saxophone case stuffed with King crisps through two customs and border checks, might have ended up being an ax murderer, instead of the more-than-congenial host that he is.

In fact, as it turned out, and in typical Irish fashion, my wife has been walking Bubbles’ mam’s dog for years – plus, we’re friends with the same publican, which officially makes us as good as related.

His couch, from which I have been surfing the ex-pat bars of the LA beaches, which is all palm tree and flip-flops in late November, is no better place to hear the news that there is actually no train to where I now need to go.

Bakersfield is an oil town at the bottom of a dusty bowl of smog with the highest rate of death by cop in the US. This is where, for whatever reason, cousins of mine long ago decided to make more cousins and where 22 of the feckers, give or take, now expect to be celebrating Thanksgiving very shortly with yours truly in the guest saddle.

It also happens to be three hours north of where I currently find myself, over the 4,000ft Tejon Pass in the very Cormac McCarthy sounding Tehachapi Mountains. And there’s the trifling matter of an entire metropolis in the way.

“Sounds like Uber is out of the question too,” laments Bubbles.

“I’m screwed,” is all I can croak. Skerries suddenly seems so far away as to be almost exotic.

Thankfully, one of my cousins is a freight train driver with Union Pacific and is able to tell me exactly what to do through the medium of pings on my phone’s Facebook Messenger.

I squint at the screen. “He says there’s an Amtrak bus from Union Station,” I mutter, scrolling down with my finger. “But I’m not to say I want to go to Bakersfield because of a lawsuit by a competing bus company. I have to buy a ticket to the next town and just get off.”

“Welcome to America,” says Bubbles, opening another bag of crisps.

The Metro line to Union Station turns out to be just a few blocks away, but the series of train changes I’ll need to make is so daunting that Bubbles agrees to just drive me there instead.

Unfortunately, after an hour in traffic, his sat-nav decides that all we really need is a tantalizing glimpse of Union Station before hurtling us off along an expressway in the entirely wrong direction. By the time we have made it back again, both of us having told the sat-nav exactly what we think of it in the most colorful of Irish tongue, I have ten minutes to make my bus.

As I haul my belongings from the back of his truck, I struggle to find the words to thank Bubbles for all the hassle he’s been through, especially on a stranger’s account. Then I remember we’ve become friends for life and so I’m able to find that one Irish expression which, when said correctly, encapsulates all of this and more. 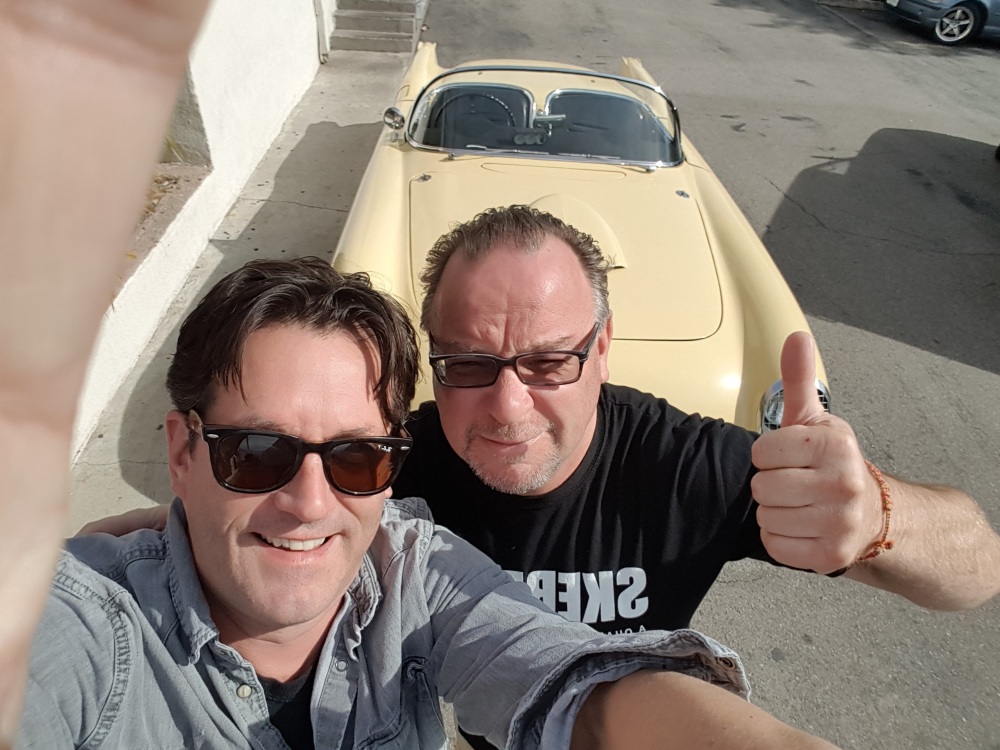 It’s only when I’ve finally wrangled my bags all the way through the crowd to the ticket counter that I realize I no longer have my phone. “And that bus is sold out, honey,” explains the cashier helpfully. I drag my gear back to where I was dropped off, sweating and coughing, but Bubbles is nowhere to be seen. I’m all alone in downtown LA.

Years of experience of being a man have taught me exactly what to do in situations where things go south and don’t seem to have any easy solution, but on this occasion, I think better of lying down right there on the marble floor in a fetal position and sobbing.
Instead, I ask a huge black man squeezed into a tiny high-viz ‘Security’ jacket where the nearest public phone is. He looks at me and raises his great bushy eyebrows.

It turns out the only working public phone in all Los Angeles is 300 feet underground, stuffed with rubbish and guarded by a sleeping man smelling like a urinal full of petrol.

“Told you,” says the security guard when I finally limp back. He hands me his iPhone.

“Keep it short,” he says, and I think I feel something wet in my eye.

I’ve less than an hour until the next bus and am able to leave a message telling someone what an idiot I am. What I don’t know is that while I’ve been off exploring, Bubbles has found the phone, flagged down and boarded the bus that I’m not on,  and is now trying to contact someone in Ireland to find out where to parcel it up and send it to.

Through a series of mutual contacts, each messaging the next on social media, zig-zagging incalculable distances over land and through space, somewhere back home, my wife looks at a text on her phone, shakes her head and sighs.

She needn’t worry. In no time at all, I’m safely wedged into a seat between the bus window and a muscular dude with tattoos on his face and a hairnet, who seems to be working his way through an entire bin liner full of some sort of fluorescent orange snacks.

I love this country.