‘…We stop to take in the view and get our first appreciation of the sheer scale of Iceland, its vast plains of solidified lava, soaring peninsulas of icy mountains that plunge into shimmering seas…’

JUST hours after leaving familiar Dublin, we’re revving quad bikes in a volcanic landscape of black lava, steam billowing from some nearby geothermal spring, about to attempt the last bit of track leading to the top of Iceland’s panoramic Hagafell mountain.

Along the way we’ve bounced and weaved past shipwrecks that look as though they’ve been crushed by some mighty hand and flung onto the barren rocks. In contrast, our eyes take in the picturesque, bright yellow lighthouse of Hopsnesviti, a beacon of hope at the edge of this extraordinary island of fire and ice far in the North Atlantic.

It takes just two and a half hours to fly to Keflavik Airport, 48km outside Reykjavik, on Icelandair’s new direct flight from Dublin –

I’ve taken longer to drive to Wexford – and after a pleasant brunch in a roomy cabin with free WiFi from gate to gate, we’re  suddenly touching down in the mythical land of Vikings, elves, fermented shark and Bjork.

It’s a 40-minute taxi ride to the sprawling, colourful, low-rise capital where we check in to the quirky former factory Icelandair Hotel (www.icelandairhotels.com) so near to the historic marina that a giant dry-docked ice-breaker seemed to be peering in our window, snow-capped peaks looming in the distance, and we’re soon collected by a genuine Viking if ever there was one.

Seven-foot, broad-shouldered Isak, a fisherman since his teens who recently spent eight weeks in high seas off Greenland, is our guide with 4×4 Adventures (4x4adventuresisland.is). “So, Deadliest Catch must be a popular TV show here,” I venture. “No way,” he tells me. “Icelandic people are like, ‘Why would I want to watch myself work?”

Roaring in tandem with Isak on to Hagafell’s rugged, peak, we stop to take in the view and get our first appreciation of the sheer scale of Iceland, its vast plains of solidified lava, soaring peninsulas of icy mountains that plunge into shimmering seas, plumes of steam where glacial run-off meets magma-heated rock in deep fissures that split the earth.

And that’s just what we could see from our high vantage point of Iceland’s 103,000 square kilometers. It’s bigger than Ireland, and being raised by forces immeasurable from deep in the earth by an inch and a half a year. Unique in the world, this hissing, heaving chunk of earth’s crust is simultaneously being split open where two of the world’s greatest tectonic plates meet.

Iceland’s Golden Circle is famous worldwide, a scenic 300km route that takes in the Gullfoss waterfall and Strokkur geyser that erupts every 5-10 minutes, all at the doorstep of Reykjavik. We set off into the west instead, in a Land Rover Discovery (www.holdur.is), along Highway 1, to see what Iceland has to offer away from the usual tourist trail.

The road is easy to navigate, plunging 540 feet under a fjord at one point through the 5,770 meter, unpronounceable Hvalfjörður Tunnel and emerging among some of the most jaw-dropping scenery imaginable where stocky Icelandic horses, with long hair and thick manes, dot the brown grasslands between cascading mountains of jet-black scree. 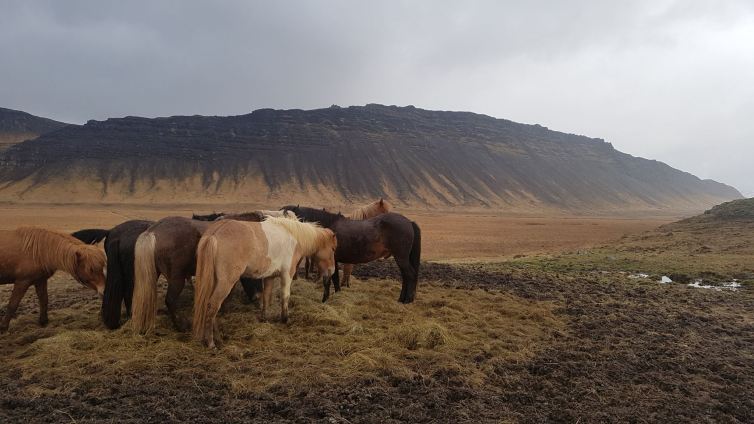 My first stop is picturesque Borgarnes nestled at the end of a narrow peninsula where you could easily imagine Viking longboats slipping through the shimmering waters. No better place to learn about the first settlers and their violent sagas than at the brilliant Settlement Centre exhibition, followed by a salad buffet of fresh vegetables and fruits grown in thermally heated greenhouses.

Sixty kilometers on, I check in to the warm, wooden chalet-style Husafell Hotel (www.hotelhusafell.com), from where the three-hour ‘Into The Glacier’ tour departs (www.intotheglacier.is), taking us on an eight-wheel-drive, converted former missile carrier, 1,300 meters upward to the snowy base camp at Langjökull, Iceland’s second largest glacier.

Here, a long, looping tunnel has been carved deep into the ice, taking in cathedral-like crevasses, the slowly crawling ice glowing blue all around. It’s a magic, deeply affecting experience to lay your hands on the slick walls of this gargantuan ice block.

Dinner back at Husafell is extraordinary. Service in Iceland is exceptional – waiters train for a minimum two years and are paid appropriately so tips are never an issue. Yes, food and drink is relatively dear – you can easily drop €50 on a main course and it’s a tenner for a tasty pint of Iceland IPA, but with hot smoked goose breast, surf and turf, or tender lamb fillet, it’s a treat and a half.

Less than 20 minutes away next morning is the awe-inspiring Vidgelmir Cave (www.thecave.ie), actually an extinct lava tube descending 1585m into the earth and the largest of its kind in all Iceland, and our potholing helmet lamps pick out some of the most surreal ice formations on earth, like ghosts creeping out of the multi-coloured magma walls.

It’s a testament to the diversity of this magical land that within an hour, we’re gazing at the roaring lava waterfalls at Hraunfossar, then relaxing in the soothing geothermal baths at Krauma (www.krauma.is) where beer is delivered through the wafting, lightly sulphuric steam, to your hand, and a five-course tasting menu awaits comprising of all local meats and veg.

Everything is grown in the glasshouses surrounding these springs, and nearby herders supply the meat and sausage we’re proudly told by head chef Bjorn (it means ‘Bear’, he grins). It is, quite possibly, the best food I have ever had in my entire life. 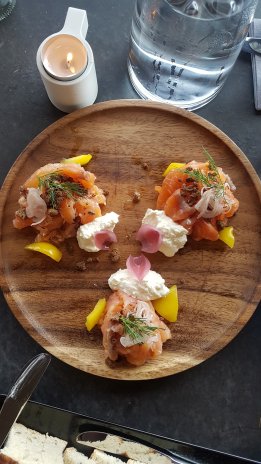 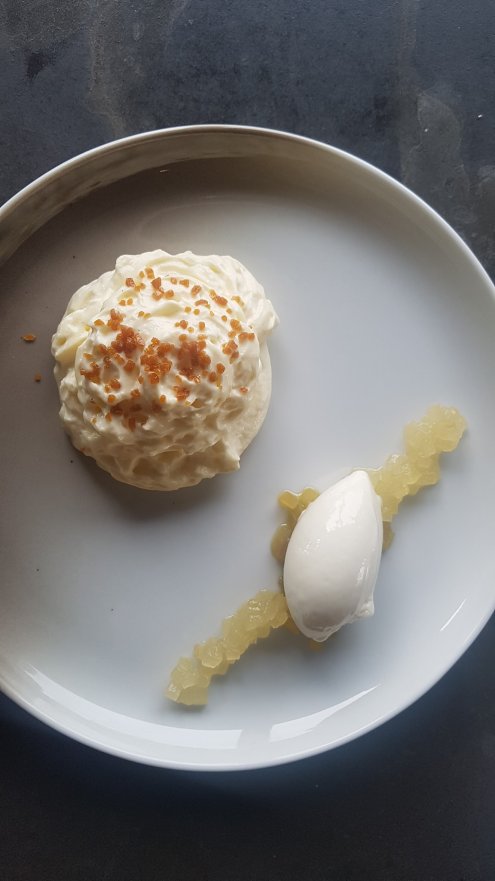 Iceland may put a bit of a dent in your wallet, but it’s once-in-a-lifetime stuff, Blue Planet meets Game of Thrones, with a heaping helping of MasterChef – a real-life sensory expedition unlike any other experience you’re ever likely to have.

Icelandair also allows the opportunity to stopover in Iceland at no additional airfare when you’re flying transatlantic to any of its 22 North American destinations.

There are two classes of travel: Saga Premium and Economy – and the airline offers Gate2Gate WiFi across their fleet for all customers enabling them to stay connected throughout the flight, from when they take their seat until they disembark the plane

In early summer 2018, Icelandair bolstered its North American route network with the launch of five new North American routes in addition to commencing flights between Dublin and Reykjavík. Routes include: Dallas, Cleveland, Kansas City and putting San Francisco and Baltimore back on the map. 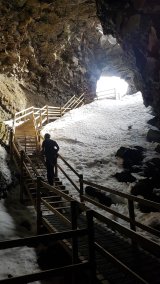 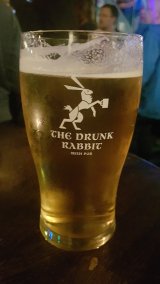 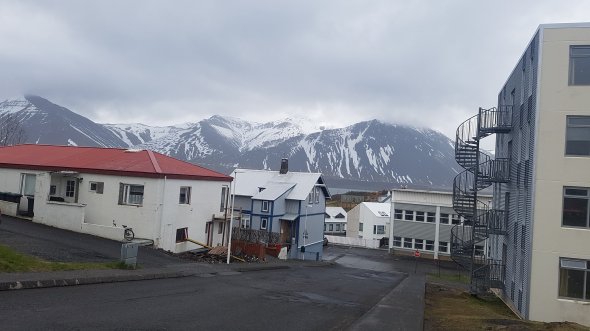 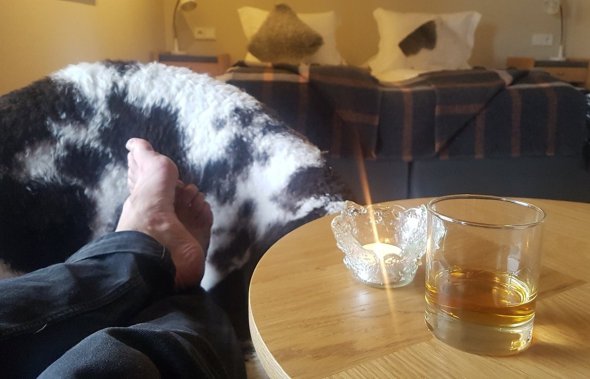 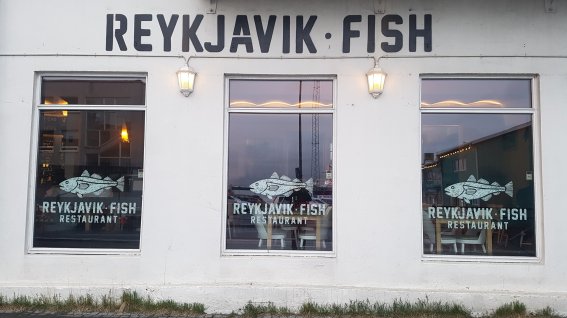