‘Israel may be known as the Holy Land and famous for its ancient relics, but it’s the food markets and restaurants and the people in them that will make a true believer of the most skeptical. It’s ‘ben zo-naaaah!’ as they say here with a big grin and an extravagant snap of the fingers…’

In the swarming alleys of Jerusalem’s Mahane Yehuda, or ‘Shuk’ as it’s known locally, the ba’al habasta or stallholders call out over mounds of fresh vegetables and dried fruits, nuts, seeds, spices and pastries of every colour and description – and the atmosphere is nothing less than intoxicating.

The air is infused with mouthwatering smells and the narrow, stone aisles bustle with life. It’s a delicious maze for the culinary tourist to taste their way through, surrounded by ancient sun-baked streets named Peach, Pear, Walnut and Almond.

“This is how I start my day,” says chef Yossi Elad of nearby Machneyuda Restaurant as he squeezes a nut out of a green chickpea pod from a mountain of them manned by a young Arab and pops one into the palm of my hand. “Strong coffee, then a walk through the market to see what’s new.”

Everything at Yossi’s clattering street-side eatery derives from the market it is named for and when we arrive to prepare what we have bought today, fresh fish, aubergine and lemons, sea salt, nuts and vine tomatoes, he quickly rustles up a simple Mediterranean sashimi on the spot and we rinse it down with glasses of crisp white Israeli wine.

He lovingly prepares dish after dish as the early-afternoon soap opera of East Jerusalem life is played out on the hot sidewalks in front of us, where one open wall faces the street.

Narrow, covered streets crammed with stalls, see market workers and customers easily indulging in heated exchanges, then returning, after much roaring and wild gestures, to the business of weighing the fresh apricots that are in season right now for so short a time. In the end, whatever our differences, the dinner table awaits. And it’s hard to argue when our mouths are full.

A short time later, back at the impossibly plush Mamilla Hotel, just a short stroll from ancient Jaffa Gate and in sight of the Old City wall, we’re given a potted history of Israeli winemaking and a chance to taste and savor some of the surprisingly vast range of those winning awards worldwide.

“Many people,” says young hotel sommelier Oz, “mistakenly think that Israeli wine is the sweet and syrupy Kosher kind.” Live and learn – I thought I’d need a flak jacket over here, not a bib.

“Is it actually safe?” I ask our driver later when we sit down to dinner at the Eucalyptus Restaurant as outside, 10,000 teenagers noisily celebrate Jerusalem Day with much hysterical flag waving.

“Safer than New York or Chicago,” he says. “Safer than London.” Then the waiter introduces a 15-course ‘Queen of Sheba Feast’, the crowning glory of which turns out to be ‘Maqluba’ – a huge pot of chicken and rice popped upside down for us to lay our hands on and make a wish before the delicious steaming mountain of food within is revealed for us to devour.

Next day we drive north to Galilee. It’s hard to get your head around actually visiting places with all the biblical names drilled into you as a kid. The journey there should be arduous, on the back of a donkey perhaps, a slog over dirt roads for hours at the very least.

Instead we spin quickly out along a modern highway, past countless olive groves. It feels a bit like the Algarve but with an American highway and all the road signs in Hebrew, English and Arabic.

It’s a whirlwind tour and we take in a cheese and olive aficionado whose grandfather had been a horseback Jewish sheriff here in the 1920s, then lunch in the house of the secretive Druze, who separated from Islam in the 11th century and who believe in reincarnation.

Food factors high in their culture and we leave for the vast herb farms near Bethlehem shortly after with waistbands groaning.

Preconceptions are constantly being stripped away here in Israel. Bethlehem should be some sort of adobe village nestled among desert mountains and populated with shepherds, surely?  Instead, immense perfumed fields of lavender and oregano stretch before us as we stretch our legs outside the modern visitor centre of Spicy Way, where coach loads of tourists coo over aisle upon aisle of savoury seasonings.

Surely the coastal city of Haifa, our next stop, should be a cratered bunker, cowering under the shadow of Lebanon. Instead, it turns out to be low-rise and leafy, characterized by quaint, 19th century German colonial buildings and commanded over by the spectacular golden onion dome and gardens of the Bahai Faith. The town has a hip and funky vibe, a college town.

We’re here for meat, as it happens – the culinary gem of Haifa, a carnivore’s paradise actually named ‘Meat’, where beef short ribs, among the many cuts hanging behind glass as you enter, are marinated for 20 hours then smoked on the premises for 17. Cue yet another table groaning under the steamy goodness of a menu good enough to almost make a grown man weep.

The morning road to Tel Aviv, after a short stop to sample the finest falafels in the Middle East, is bright and breezy, all sea views and anticipation. Tel Aviv is party town, with beaches to shame Miami – and bars and restaurants to give the best in the world a run for their money.

After rifling through the flea markets in nearby Yafo and shoveling up heaps of shawarma and more free salads than you can shake a stone-baked flatbread at – a walk along the beach side promenade before hitting the town is called for and here, perhaps, is to be found the one true undeniable Israeli stereotype, the bronzed body beautiful playing ‘matcot’ in the sun, a beach paddle-and-ball game which everyone seems to be obsessed with, hundreds of them here, sounding like a drum chorus.

“Matcot,” explains a friendly former Orthodox Jew turned dance music DJ later on the balmy street outside a busy bar at 2am, “is the perfect Israeli game – they put absolutely everything into playing it, but there are no rules and no one ever wins!”

You can’t sit for long in Tel Aviv without someone talking to you and within an hour I make fast and furious friends with an artist, a writer, a former soldier and a musician. We argue best restaurants then raise a glass or three to our differences and the things about us that are the same –to love of life and laughter, sunshine, good friends and good times.

Israel may be known as the Holy Land and famous for its ancient relics, but it’s the food markets and restaurants and the people in them that will make a true believer of the most skeptical.

It’s ‘ben zo-naaaah!’ as they say here with a big grin and an extravagant snap of the fingers.

And that’s a good thing, apparently. 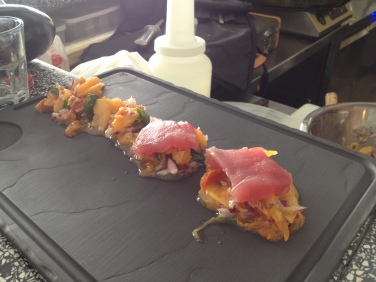 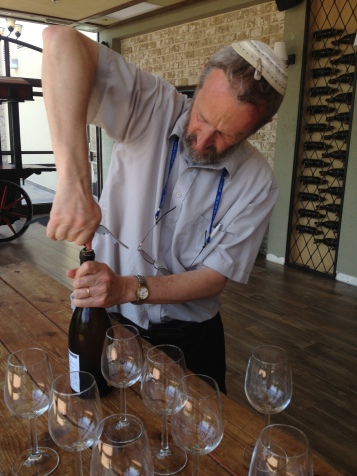 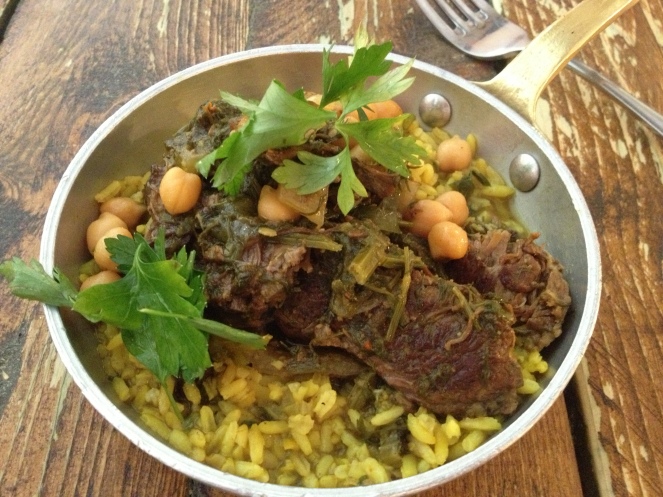 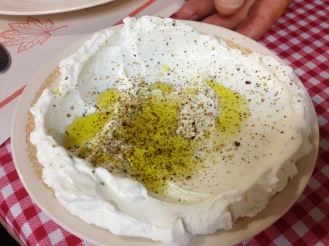 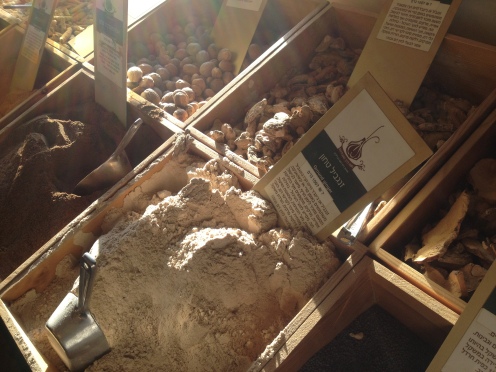 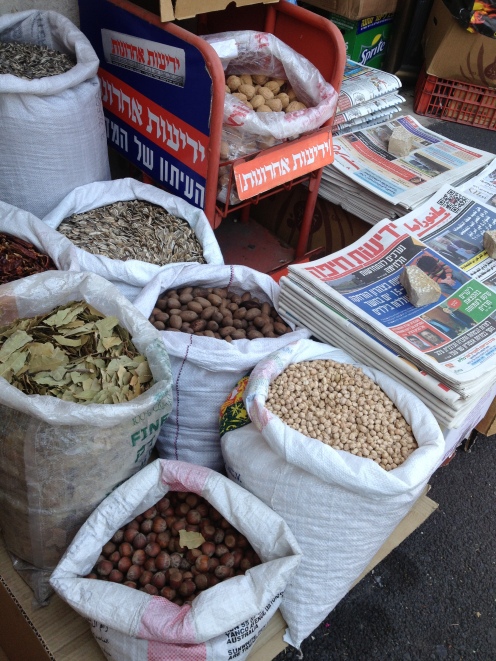